How to write a visual joke 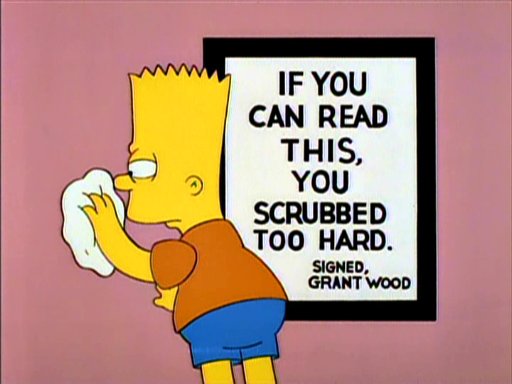 Like everything else in life, comedy can be learned.
This is part of an ongoing series from comedy writer Dean Watson (7 Days, Mainland Tonight) showing you how to write your own hilarious jokes.

What is a visual joke?
A joke that creates a funny image in the reader’s mind.

Examples
1) If they want to see more joy during exam times, they should have pictures of Jacinda with a moustache everywhere.
2) Wait, you didn't have that beard last term.
3) Surely this year fabrics students can have a mask-making internal.

Why are visual jokes so effective?
The more real, truthful and honest a joke feels, the bigger the reaction/laugh. When you create a really clear image in the reader’s mind, you can get a BIG reaction. When it comes to comedy, this big reaction is a belly laugh.

Many head writers on TV shows have been quoted as saying if they have two jokes to choose between what makes it into the show, they will pick the one that has funny imagery. The reason is because a great visual joke is incredibly satisfying to an audience and more likely to elicit laughter.

How to write a visual joke

Step 1. Think of a funny image, which is related to what you’re writing about.
Eg. If you’re writing about NCEA and want to write a joke about homework, a specific image that might amuse you could be the dog eating your homework.
So some visual jokes could be something like:

The more specific you can describe the imagery usually the funnier it will be to the reader.
Eg. A more specific version of “Your dog is fat because of all the homework you’re feeding it” could be “Home economics students feed their dogs the tastiest homework.”
So instead of just talking about a student in general, we’ve asked ourselves “what type of student could this be”, which lead to a more specific, interesting and hopefully funnier joke.

Step 2. Ask yourself ‘does this joke create a funny image in my mind?’ Rewrite it until the joke makes you imagine a funny image.
Let’s say we start off with a joke about hand cramps from writing essays.
If you started with “The next time you get hand cramps, ask your teacher for a hand,” you could take this idea and try to write some more visual jokes like,

-To prevent hand cramp, grip the pen lightly…so light in fact, you cannot grip the pen.
-Do you know how many essays T-Rex had to write to get hands like that?
-Write enough essays and T-Rex hands come back from extinction.

It’s usually a good tip to write a couple of versions of the same joke – one will usually pop out as funnier than the rest.

Visual jokes can be tricky to write, so be patient and persist. It’s so worth it. They’re one of the most satisfying types of jokes to write, because a well-written one is one of the most reliable ways to have people in stitches.

Write a visual joke right now and get paid for it.
Click HERE