A letter to my year 9 self 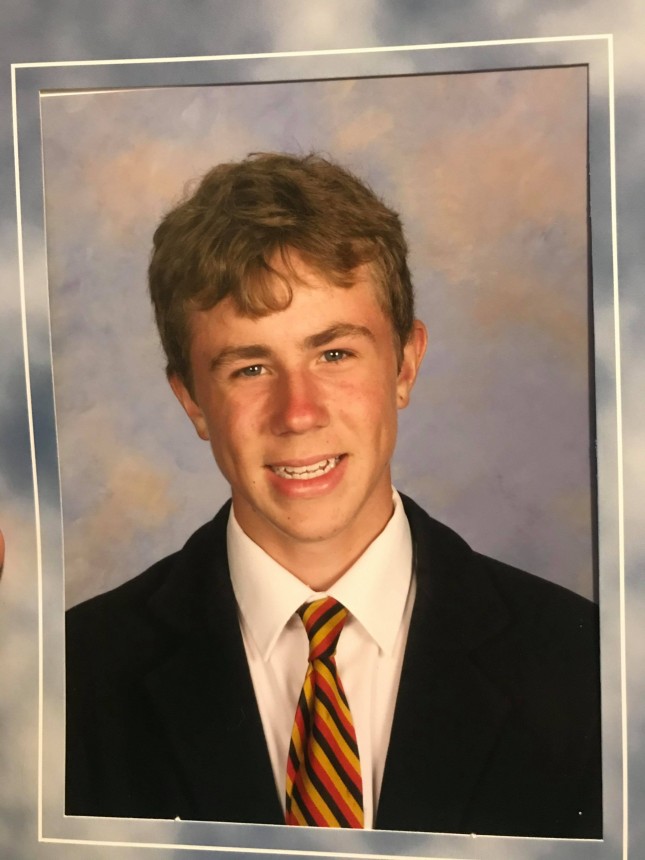 I’m sitting here, a 29-year-old with so much I want to share with you, my 13-year-old self. Spoiler alert: you still have psoriasis.
Anyway, here goes.

Reflection 1: Your hopes and dreams
All your dreams came true! Just kidding. The good news is your dream of becoming a comedy writer came true. Those funny speeches you’ve just started doing at assembly will give you a taste for what it feels like to make a thousand people laugh all at the same time. And it makes you feel…incredible. Instead of a school assembly, now, thousands of people laugh at your jokes on TV and online. It still feels incredible.

Sometimes dreams work out. Sometimes they don’t. And sometimes you’ll change your mind. Yes, I know you have your heart and soul set on becoming a professional golfer. However, when you’re 20 years old, you’re going to grow tired of being lonely, hitting golf balls on your own all day long, not to mention the early mornings. You’re going to do a complete 180-degree career and lifestyle change. Writing will be hard for a long time – you won’t get paid for the first 5 years you do it – but your self belief, work ethic and love for what you do will pull you through.

Reflection 2: Be kind to your parents
I know your mum’s smoking really upsets you. You don’t want her to get lung cancer like her mum did. Most of all, you hate the way she tries to hide it from you.
One morning, you’re going to take her cigarettes from her handbag and bury them in the compost. She’s going to get mad until you finally dig them up, shake off the dirt and worms and give them back.

The cigarettes are a good example of how you can’t control other people. Even people you love. Even people who love you. You have to accept them for who they are, warts and all. Otherwise, they will drift out of your life, forever. It is better to have a mum that smokes, than to not have a mum around. When you’re in your 20’s, you’ll see that you are so lucky to have great parents. They’ll support you through a strange career (comedy writing) and provide a roof over your head in times of need (rent free, you lucky bastard). You’ll realise that your parents are trying to make their way through life, like the rest of us. When it is hard to accept others, it will help to remember that you’re not perfect either.

Reflection 3: School, study and success
That happy-go-lucky attitude crossed with that burning desire to do your best is one of your greatest assets. Even though you’ll do great in school, you’re not going to go to University. This is good choice. It means you can try to do well for the sake of doing well (and not chase grades). You’re no genius, but one thing you have over everyone else is a great work ethic. When you set your mind to something, you can work hard enough, for long enough to turn your imagination into reality. It’s a superpower. It has meant that you will become the best you can be in your sport (golf), become a producer who creates their own TV shows, and become a professional comedy writer.

Oh, and side note – in the next year you’re going to have a sip of beer for the first time and you’re not going to like the taste. You won’t touch alcohol again and I’m here to tell you that you won’t regret it one bit.

Reflection 4: Love, love, love
You’re not as confident as you think you are. Especially when it comes to girls. You know that girl you have a massive crush on right now? The one you message almost every night, but don’t have the courage to tell how you really feel? One day you will learn how to be confident and clearly ask for what you want. In the meantime, Dean, buddy, don’t go chasing someone who doesn’t want to be in a relationship with you. You deserve someone who wants you as much as you want them.

When you’re 22, you’re going to live in Wellington with a girl you’re in love with. But it’s going to be an emotional rollercoaster. The highest of highs and the lowest of lows. You’ve never been in a relationship before, let alone lived with someone. Three and a half years later, that girl will say ‘no more’. It will crush you. But you’ll channel that hurt into the most productive creative period of your life so far. You’ll make three TV shows in 9 months. Two of them will be shows you dreamed up in your head. You will get fired from one show. It’ll hurt like hell, again. One more thing about girls – since I know how much you think about this topic – you’re going to meet someone when you’re 29 who is probably the best person you’ve ever met. If things aren’t working out right now, it doesn’t mean they won’t work out in the future.

Year 9 me, I know you know you’re going to be okay. If you think your life is pretty great now, you ain’t seen nothing yet.